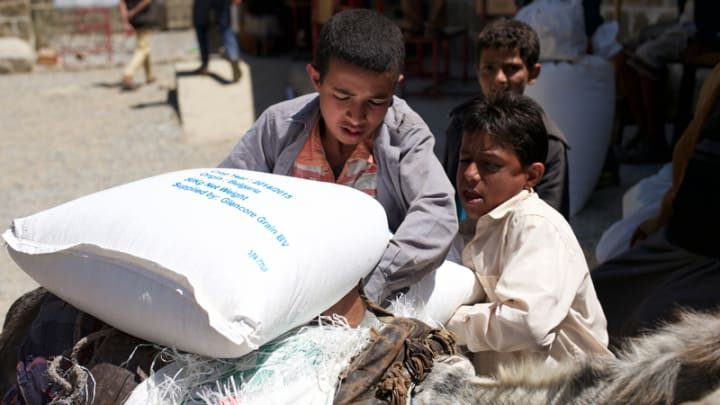 VIDEO: UN and famine in Yemen

UN and famine in Yemen

Yemen is considered to be the poorest country in the Arabian Peninsula and the Middle East where the Saudi-led military intervention in Yemen was the primary cause of poverty and the outbreak of famine.

The Saudi Air Forces destroyed the main source of income in Yemen, the fishing boats, through air strikes that deprived them of the source of livelihood that they depend on to support their families, which led to the spread of famine in which a child dies every 10 minutes.

Saudi Arabia was not limited to that, but its violence extended to obstructing humanitarian aid to Yemen and targeting farms and other means of feeding such as food stores and factories, and Saudi Arabia prevented Yemenis from practicing the craft of fishing, which led to the deterioration of the economic situation and the expansion of famine.

The researchers confirmed that 8 million Yemenis are at risk of starvation if they were not immediately assisted.

According to the American Senator Chris Murphy, the United States makes no effort to end the Yemeni famine, is complicit in that regard, and bears full responsibility because its decision to facilitate the bombing campaign had the biggest role in bringing Yemen to where it is.