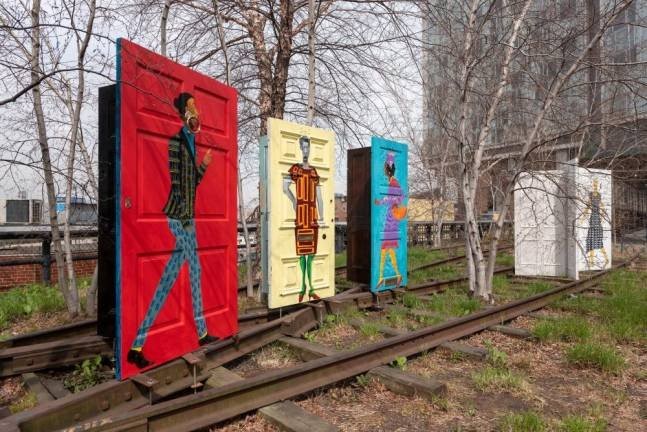 Women’s Art Labour in Post-State Socialism: Inside the Machine of Dis/empowerment

Women’s Art Labour in Post-State Socialism: Inside the Machine of Dis/empowerment

The problem of women’s art labour and its socio-economic sustainability remains acute in post-state socialism despite the wave of professionalisation art practice has undergone in the last three decades. Women art workers from marginalised working-class backgrounds face up with limited social mobility in the sector of the art-cultural economy and occupy the position of the unpaid and invisible labour force.

Such a system of economic exclusion can be traced back at least since the 1990s onward. A central mechanism that has been continually making the art-economic system a machine of dis/empowerment is relations of production in the art-cultural economy and the respective rhetorical framing of these relations.

The early 1990s witnessed an expansion of the field where art-cultural goods were produced, traded and exchanged during state socialism. The major trigger of this expansion was noncommercially-driven entrepreneurship, sustained by philanthropic capital from abroad, such as, for instance, by Open Society Institutes and Soros Centres for Contemporary Art.[1] The influx of foreign capital into the hands of nascent art-culture entrepreneurs motivated by poverty and/or financial gain and/or political convictions has inspirited the shift in the rhetoric of art-cultural work.

Confronting the eyes of the donors, the rhetoric of art-cultural work would frame itself as productive in qualitative and quantitative terms. One of the signs and concepts for such productivity emerges relative to art practitioners’ gender. So, a sign and concept of professional occupation – a woman art worker – becomes a rhetorical figure in the relations of production and the art-economic system.

The historical formation of the sign and concept of a woman art worker in post-state socialism was as empowering as disempowering for women artists themselves. The creation of a woman art worker coincides with an extensive adaptation of the market rationale across the art-economic system. With the latter comprising philanthropic capital, art-cultural entrepreneurship, and the globalised art scene – a woman art worker not only becomes a peculiar semiotic construction of an artistic professional occupation but also an ambiguous agent in the transnational art-cultural economy.

On the one hand, a woman art worker has become a symbol under which communities of art practitioners could unite and form circles of solidarity: the unionising force of the semiotic construction of a woman art worker has also enabled practitioners to strategically pursue and/or forge infrastructures of the art-cultural economy. On the other hand, the adoption of feminist rhetoric by the globalised art scene has often reinforced the cold war stereotypes about the underdeveloped ‘east’ lacking democracy and feminism (let alone any descriptive language to speak about those) yet recompensating the lack via visual art.[2]

This particular dialectic of the feminist rhetoric that comprises the strategic interests of art practitioners and the globalised art scene is contingent upon the existing international division of art labour, where women artists from ex-Soviet and ex-Socialist locales readily supply their labour force to the transnational capital to sustain their minimal action locally. Such situation is far from stimulating for a meaningful and sustainable art-cultural work, especially by art practitioners from marginalised working-class backgrounds, whose concurrent confrontation with the gatekeepers of the local art scenes makes the pursuit of artistic profession as such a great challenge.

Despite or due to the sweeping class division inside the globalised art scene, the number of critical interrogations of art-cultural labour has skyrocketed in comparison to earlier decades. The outbreak of the pandemic has sharpened the debates about the inequitable distribution of economic resources across the art-culture system; the raised argument is that art-cultural work should leave the side-lines of pro-bono activity, and receive universal support from art-culture institutions and the state.[3]

However crucial this argument is, the above short genealogy of women’s art labour should make clear that provisional protection on the side of (transnational) capital is not enough to confront the economic injustice. Substantial attention should be given to the systemic defenceless of art-cultural labour, for apart from being non-permanent and non-payed, it is being excluded from the infrastructures of health care, welfare, and social security.

This situation must be challenged:

[3] For example, among such critical interrogations are: a podcast Women in Creative Economy by The Green Market initiative in Kazakhstan (https://www.youtube.com/watch?v=dYu6JuIx7Os&t=59s&fbclid=IwAR2h8Lgs6X7nIbuvdkTFBBPU7W4PEEaMNNF-FjKaP9Yyu1ILUpmjjZl4QQU), an international media-activist association Ice-cream Shop (see one of the discussions moderated by the association: https://garagemca.org/en/event/discussion-unity-of-multiplicities-art-workers-italia-visiting-ice-cream-shop), an initiative/open letter for a universal basic income for independent artists in the Russian Federation (https://readymag.com/u3108917560/ubiart/?utm_referrer=https://syg.ma).