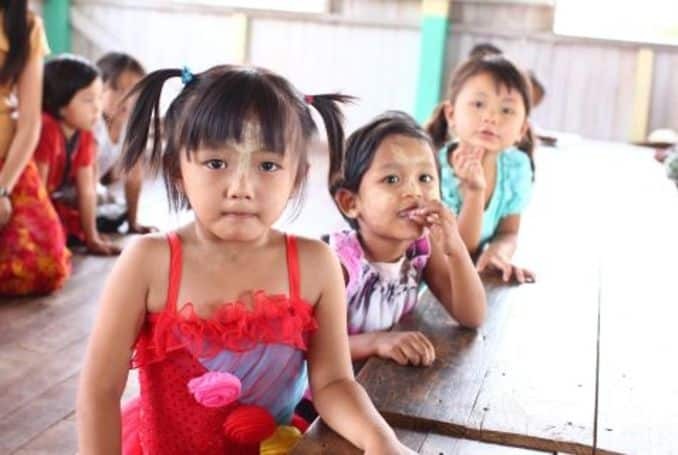 UNICEF and children’s right to education in conflict zones

In 2017, the United Nations Children’s Fund (UNICEF) published a report estimating that 27 million children in conflict zones were out of school. The failure to provide education and learning opportunities to children has immense consequences for the individual children in question as well as for the nations. While UNICEF is presenting these issues, the UN may not be adequately equipped to address them, once the larger powers at play are considered.

The fundamental right to education persists regardless of whether a child is a migrant, asylum seeker, refugee, internally displaced. However, millions of children are being deprived of this right. While data is missing for internationally displaced children, for refugees, UNICEF placed the numbers at only 50% of refugee children in primary school, and only 25% of refugee youth in secondary school, meaning that refugee children are 5 times as more likely to be out of school than other children. Meanwhile, 75 million children have had their education disrupted and the quality reduced due to protracted crises in their countries.

The lack of education opportunities correlates with increased risk of exploitation. This includes sexual abuse, particularly of girls, and also human trafficking. In countries affected by conflict, the likelihood of girls being out of school is 2.5 times more likely than boys. This makes girls in conflict zones a particularly vulnerable demographic, since they are both more likely to be exploited sexually compared to boys, while also being more likely to be in situations that place them at increased risk.

Direct attacks on education facilities put the lives of students and teachers at risk, while destroying education infrastructure. Last year,, Saudi Arabia carried out a bombing of a school bus in Yemen last year with weaponry supplied by the U.S. company, Lockheed Martin, killing 40 children and 11 adults, and injured 79 others, forming part of an offensive de-development strategy. The targeting by airstrikes of water facilities, sewers, and electrical systems have an indirect, yet devastating impact on education and educational facilities, as well as all other parts of children’s lives. A 2017 study of Syria determined that the main reasons children did not attend school were due to safety concerns about getting to and from school, destroyed facilities, a lack of teaching staff and of teaching materials, and increased distance to school, all of which were caused or made worse by armed conflict.

The deprivation of education is highly damaging to these children’s futures, and by extension to the futures of their country of origin. Children who flee or migrate to other countries are often forced to prioritize finding work over accessing education; short-term goals to satisfy the needs of the present moment, such as personal survival or sending money home to their families. Reports indicate that child labor is on the rise among Syrian refugees. The cost for a child of losing the opportunity for education in order to work is detrimental.

As refugees, children face obstacles with respect to education in addition to the hardships of displacement. These include xenophobia, marginalization and exclusion as well as legal,cultural or language barriers in entering into the public school system. Only 10 European Union member states recognize the right of undocumented migrant children to enter into the school system, and EU five states explicitly prevent these children from accessing free education in the country. And increasing number of refugee children live in countries that share none of the same official languages of their countries of origin, which is the case for nearly two thirds refugee children worldwide as of 2016.

UNICEF calls for international governments and world leaders to protect child refugees and migrants from exploitation and violence, end the detention of children seeking asylum, keep families together, provide learning services to children, take measures to combat xenophobia and marginalization, and press for action on the underlying causes of large-scale movements of refugees and migrants. This last point unravels part of the conundrum of the UN’s role in global peacekeeping. In the case of Yemen, children’s education and life are undermined by airstrikes carried out by UN member states (in the form of the Saudi-Emirati coalition) with arms supplied by permanent members of the UN Security Council, revealing the arms trade as a major culprit in exacerbating the crisis. The stances of EU countries on undocumented migrant children, ignoring or preventing their integration into the public school system, furthermore diminishes the right of children to education, placing larger emphasis on internal political debates and tendencies than on children’s rights as according to the UN’s principles.

Additionally, UNICEF promotes collaboration between humanitarian responses and the private sector. While the educational needs ought to be at the forefront, the increased privatization of public services comes with the risks of identifying outcomes according to profit-based motives as opposed to the actual needs of the children. The increased handling of refugee children’s education by the private sector may also reflect on the failures of the various governments to integrate refugee and migrant children into the public school system. The European states and other UN member states should abide by the universal principles of guaranteeing education for children, regardless of their refugee or migration status, but based on the fact that they are children. As a result, International United Nations Watch, calls upon the residual responsibility of UN member states to ensure that these children’s education rights are implemented effectively according to individual and unique needs. The UN as an international body must establish this consensus and sufficiently address the causes of the different violent conflicts, so that the UN may work to end them.